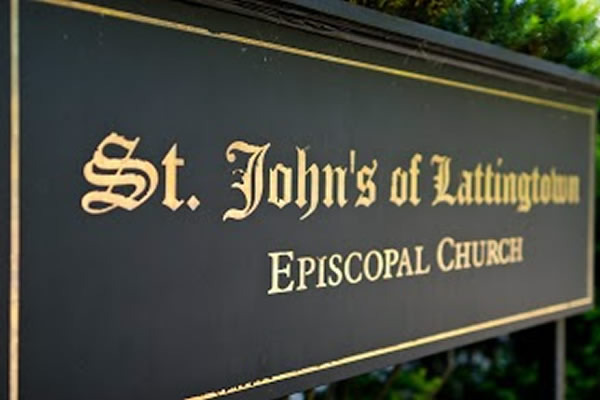 The History of St. John's started with a little Chapel in 1859

In the 21st century, St. John's will seek to foster good worship, music, education, and outreach. Through the continual expansion of our ministry, we will be a positive force in the world.

The Union Chapel, our first place of worship, was built in 1859 on the north side of Pudding Lane, now Lattingtown Road, across from the John E. Aldred estate (now St. Josaphat’s Monastery). A New Union Chapel, on the present site of St. John’s, started under the auspices of St. Paul’s, Glen Cove and was later incorporated as an independent Episcopal parish in 1915 under the name of St. John’s of Lattingtown. This building, originally referred to as the New Union Chapel, was constructed in 1912 and the first Union Chapel was razed a year later. William Guthrie, whose estate bordered the old Latting Town, and his descendants, along with the Weirs, contributed funds and native stone for the facing of this building at a total cost of approximately $30,000. Differences of opinion surfaced about whether the New Union Chapel would continue as a Union Chapel or be an independent Episcopal parish. Mr. Guthrie preferred a Union Chapel because his marriage to a divorced woman had resulted in his excommunication from the Roman Catholic Church, although he still considered himself a Roman Catholic. St. Paul’s Episcopal Church in Glen Cove opposed the idea of being an independent Episcopal parish because St. Paul’s would no doubt lose parishioners and income as a result. For some time, the clergy of St. Paul’s had provided ministers to the Union Chapel in the summer.

The New Union Chapel was consecrated by the Rt. Rev. Doctor Frederick Burgess, Episcopal Bishop of Long Island, on June 11, 1916. The Rev. Charles E. Hinton became the first full-time rector in 1915. The rectory (now called the Parish House which is currently used for church offices) was added to the structure in 1919. A garage (now known as the Dunlaevy Building, used by the nursery school children) was added in 1920.

The magnificent wood carvings for the interior of the church was financed by J.P Morgan. By November 1923, they were ready for installation which required the closing of the building for four months. At the same time, it was decided to lengthen the church, adding room for 2 additional pews, move the entrance to its present position on the southeast corner, and install a limestone floor. When the Church reopened in 1924, the unneeded furnishings were sent to St. John's Church in Far Rockaway. In 1957, the church was again expanded to its present size. With the addition of the side aisles and arches, relocation of the windows became necessary. The walls were taken down and the blocks numbered and reassembled under an expanded roof line to resemble the original structure. 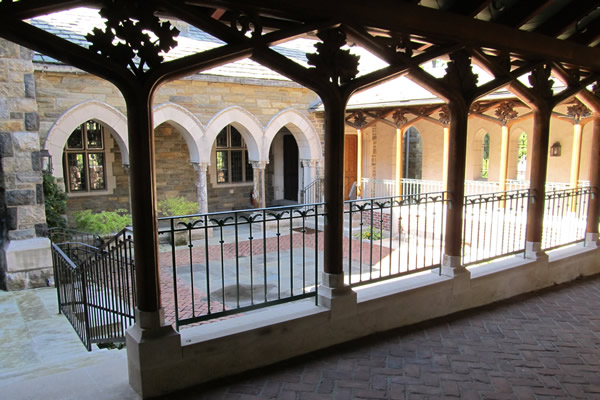 In 2002, the Cloister was dedicated after a five year construction effort committed to preserving the architectural integrity of the church. This project included the construction of the wing containing the Guild room, a modern kitchen and a large classroom in the basement. Besides the beautiful contemplative space the cloister provides, it also allows far more accessible egress to coffee hour after church. Until then, one had to thread through a warren of rooms to gain the Parish Hall. In 2014, the old failing pipe organ, originally installed in the 1920s, was replaced by a new instrument designed and installed by the Sebastian Gluck Organ Company of New York. The exquisite organ case, also dating from the 1920s, was meticulously preserved and restored, with new lighting. If you would like a more complete history of St. John's please look at our brochure A Tour of St. John's or come and visit us during office hours.