Fr. Mark Fitzhugh became the eighth Rector of St. John's of Lattingtown on May 17th, 2015. Previously, he served from 2010-2015 as the Rector of St. Simon's on the Sound Episcopal Church in Fort Walton Beach, Florida.

From 2003-2010, Fr. Mark was the Assistant to the Rector at Christ Church in Greenwich, Connecticut where he was chaplain to the highly regarded Christ Church Men & Boys choir program.

In 2001, he was ordained to the priesthood in the Diocese of Alabama by The Rt. Rev'd Henry N. Parsley, Jr. and served two-years as Rector of the Episcopal Church of the Messiah in Heflin, Alabama. Fr Mark earned his Master of Divinity degree from The General Theological Seminary in New York. While at GTS, his seminary field placement experiences were with The Rev'd Barbara Crafton at St. Cement's Church in Manhattan, and The Rev'd Bill Tully at St. Bartholomew's Church on Park Avenue in New York City.

Fr. Mark is a native of Mobile, Alabama and was graduated from The University of South Alabama (Mobile) in 1985. Following college, he was an Assistant Sports Information Director at Baylor University in Waco, Texas from 1985-1994. Just prior to going to seminary, Fr. Mark worked with both the Epilepsy Foundation of North Alabama and the Alabama Early Intervention System while living in Birmingham.

One final personal note, Fr. Mark is the youngest of three sons and their father William Neale Fitzhugh was a co-pilot during WWII with Jimmy Doolittle’s Raid on Tokyo, Japan on April 18, 1942. 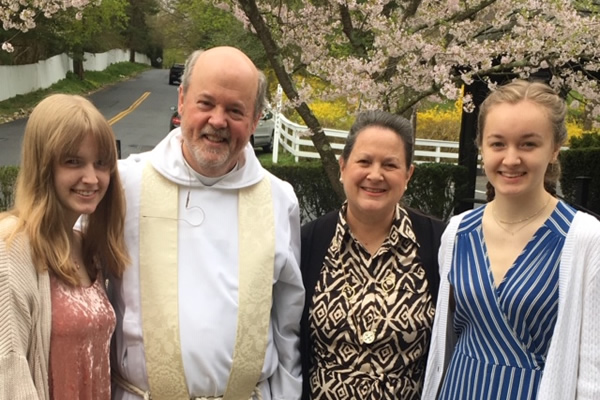 We are pleased to announce that the Rev'd Catherine Lane Wieczorek has been called to St. John's of Lattingtown Episcopal Church to servce as our new curate. Her first Sunday with us will be October 4, 2020.

Catherine holds a Master’s Degree of Social Work from Monmouth University (2002), along with her Master’s Degree of Divinity from The General Theological Seminary (2020). Before Seminary, Catherine began her career at Women’s Health Counseling Center in Somerville, NJ, where she provided administrative oversight of a county wide program to reduce teenage pregnancy, facilitating weekly educational programs for at-risk teens. In one year, they doubled the student enrollment.

Catherine and her husband Scott Wieczorek, a professional archeologist, have two daughters: Charlotte (14), who has a passion for dance and would like to be a pediatric oncologist; and Ellie (10), who hopes to be the next Food Network star, specializing in all things chocolate! 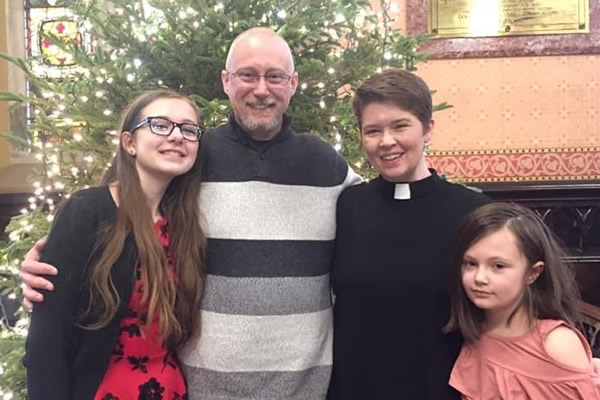